European Fastest Wrench. Czech it out.

The biggest trade show in central Europe is held in the Czech Republic and is called Bike BRNO. This year, some of the most entertaining action was taking place under a trio of Park Tool tents. For the second year, Pedalsport, Park Tool’s distributor to the Czech Republic has conducted a contest for mechanics called “Fastest Tool.”

They had 208 contestants from as far away as Slovakia, Hungary and Austria over a three-day period. In the preliminary rounds, each mechanic had to remove and reinstall two pedals and a master link chain. Each contestant’s time was tracked on competition grade digital clock with an oversized readout so the crowd could follow their progress versus previous participants. The fastest time posted was 1 minute and 25 seconds by the swift hands of Marek Krecmer.

In the finals, the task was to remove the front wheel and change a flat tire, blindfolded. This head to head battle was presided over by one of the area’s top TV personalities.

Pedalsport’s top man, Petr Kuba said he was thrilled with the turnout and credited Park Tool, Norco and the BVV Brno Company for helping with the program. 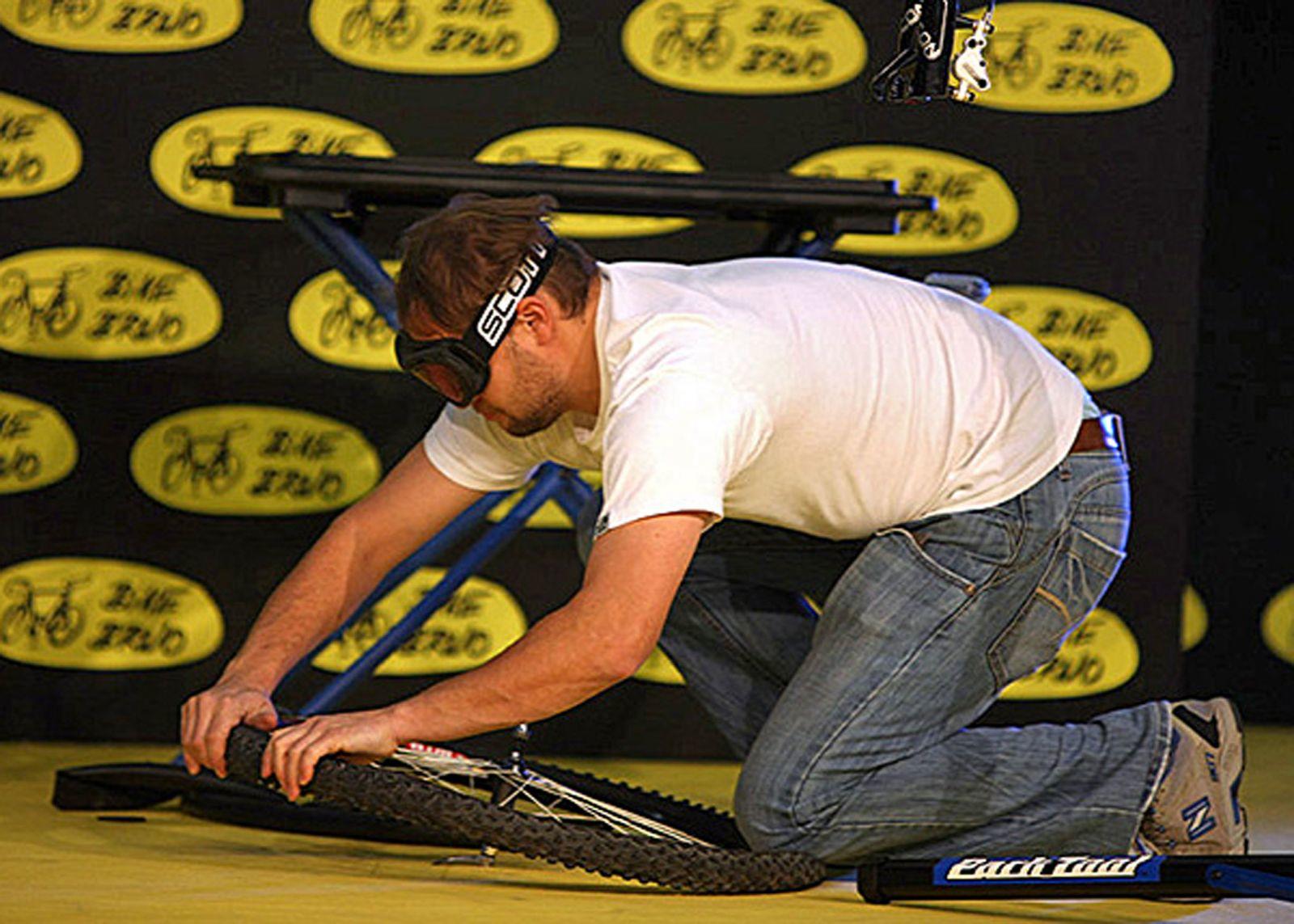 The blackened goggles added an interesting twist to the contest (photo courtesy mtbs.cz and Petr Kuba) 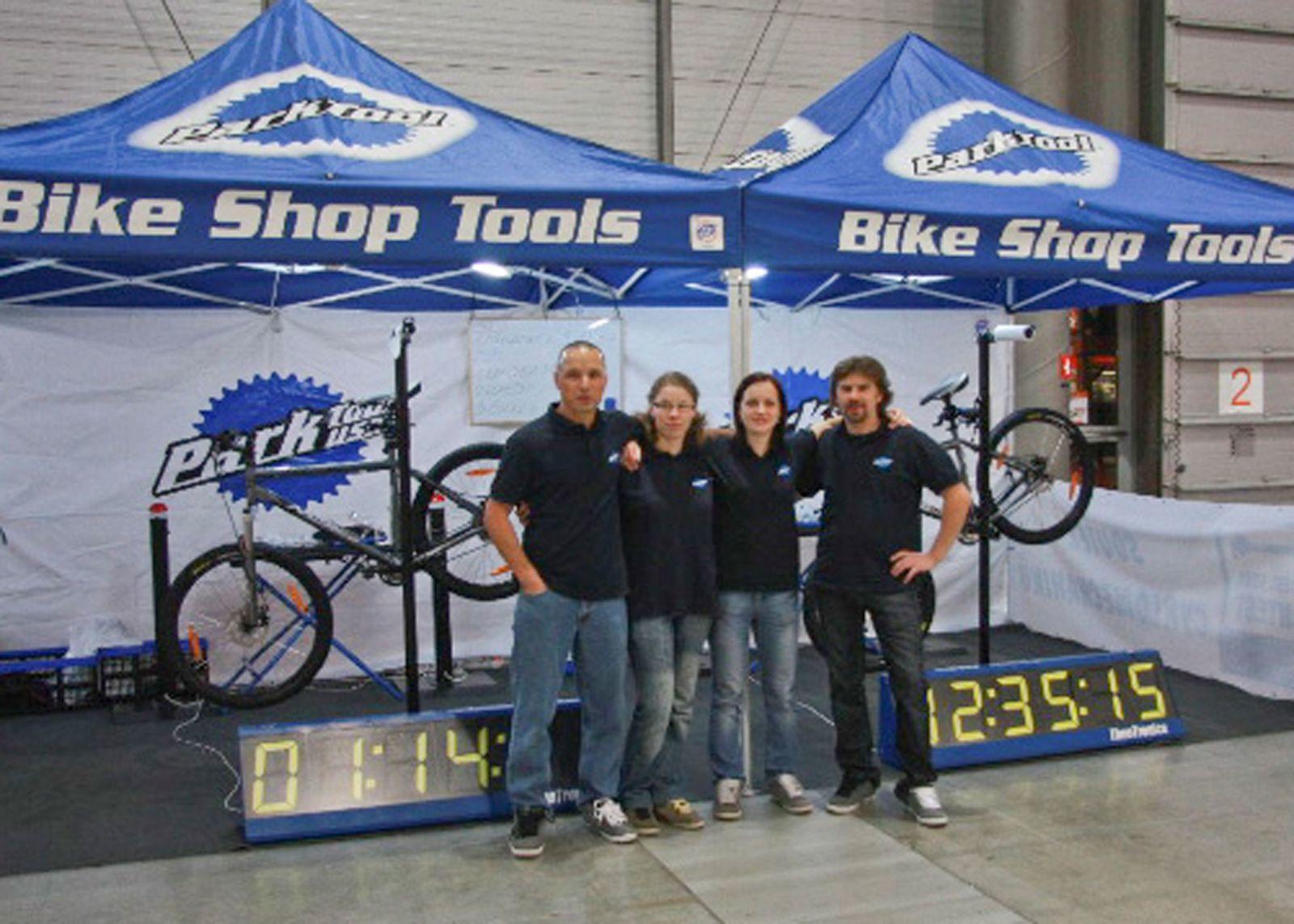 Some of the action captured on video