This article will review brake lever mounting and positioning on drop handlebars.

Drop bar brake levers are held onto the handlebars with a mounting strap. The mounting strap is pulled up with a bolt, and the bolt head will be often under the gum rubber hoods. The first process is to find the location of the strap bolt head.

For the integrated shift lever brake levers of SRAM or Shimano that route the cables along the handlebars, the location of the mounting bolt is under the rubber cover. Pull the hood forward to expose socket head. 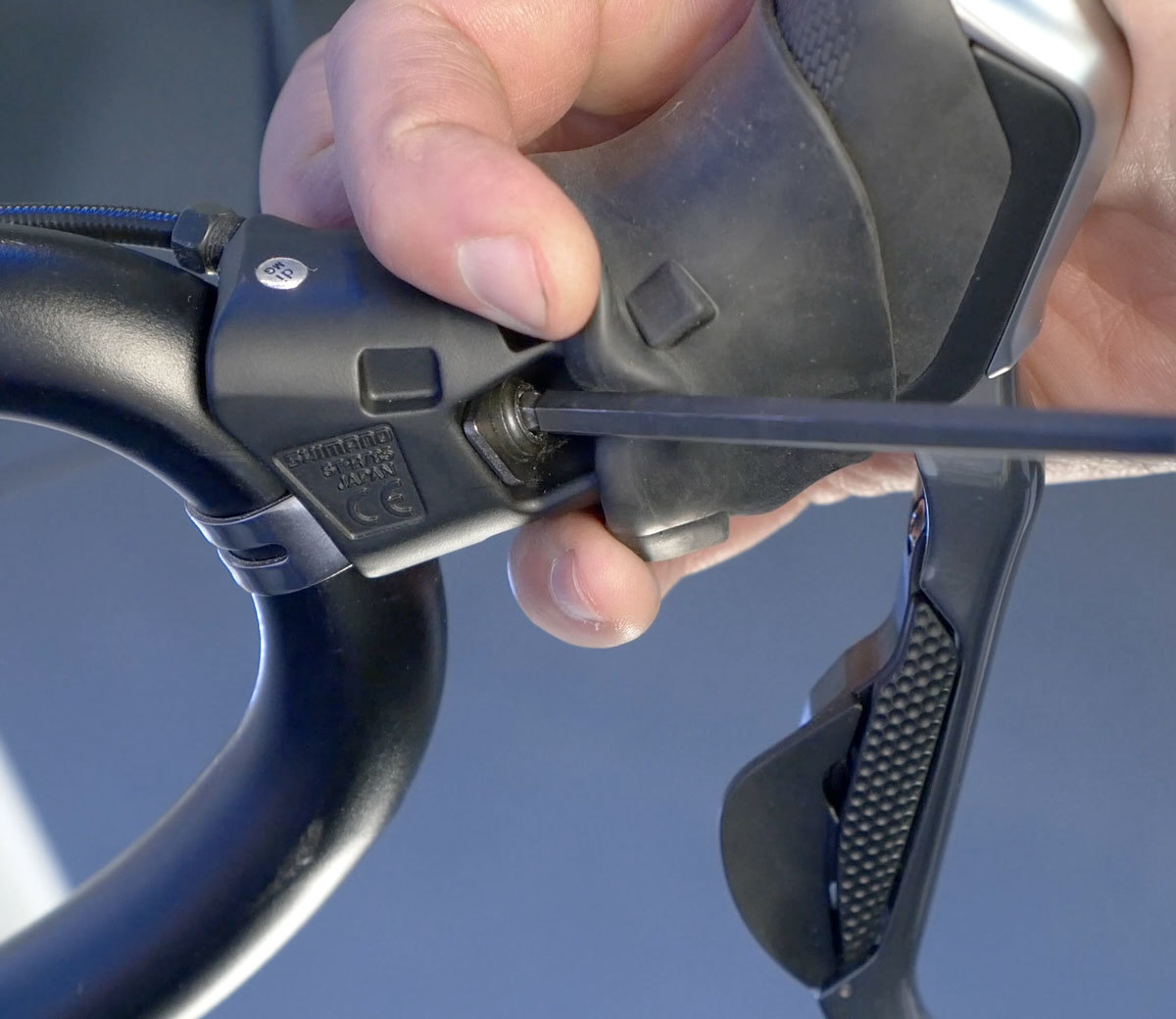 On the microSHIFT integrated brake lever/shift levers there is an access port from the front of the lever. The same is true of Shimano designs where the brake housing is under the bar tape, but the derailleur housing passes inboard of the lever. 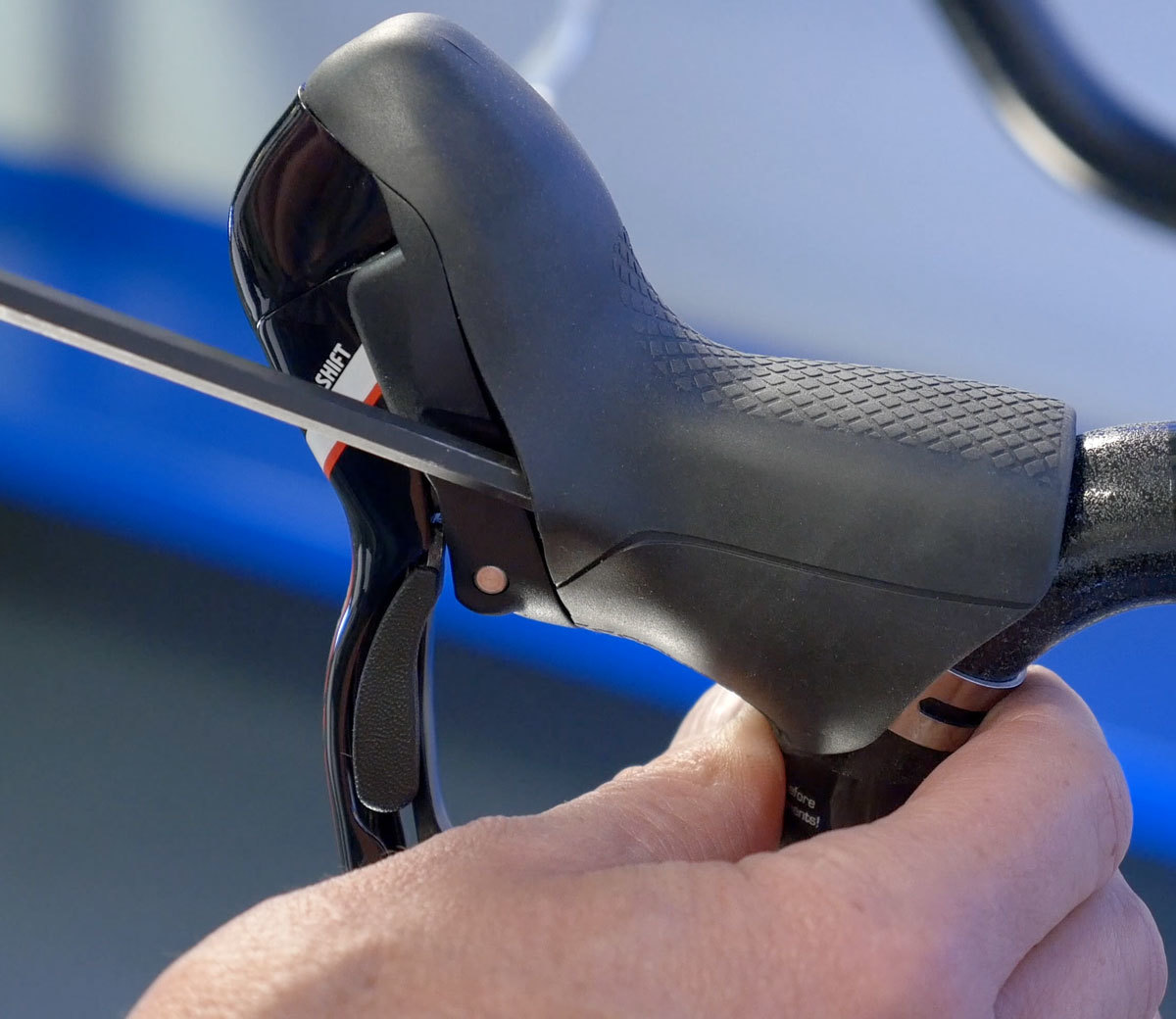 To install levers on a drop bar, loosen the strap mount. Engage the strap on the drop, slide the lever up close to the final position. Snug the mounting bolt, but not so tight that it cannot be moved for final positioning. Repeat the process on the other side.

After both levers are installed, set the height. A good rule of thumb on height is to reference the bottom edge of the drops. Extend that line using a straight-edge under the drop section of the bar. Bring the lever tip even with the straight edge. 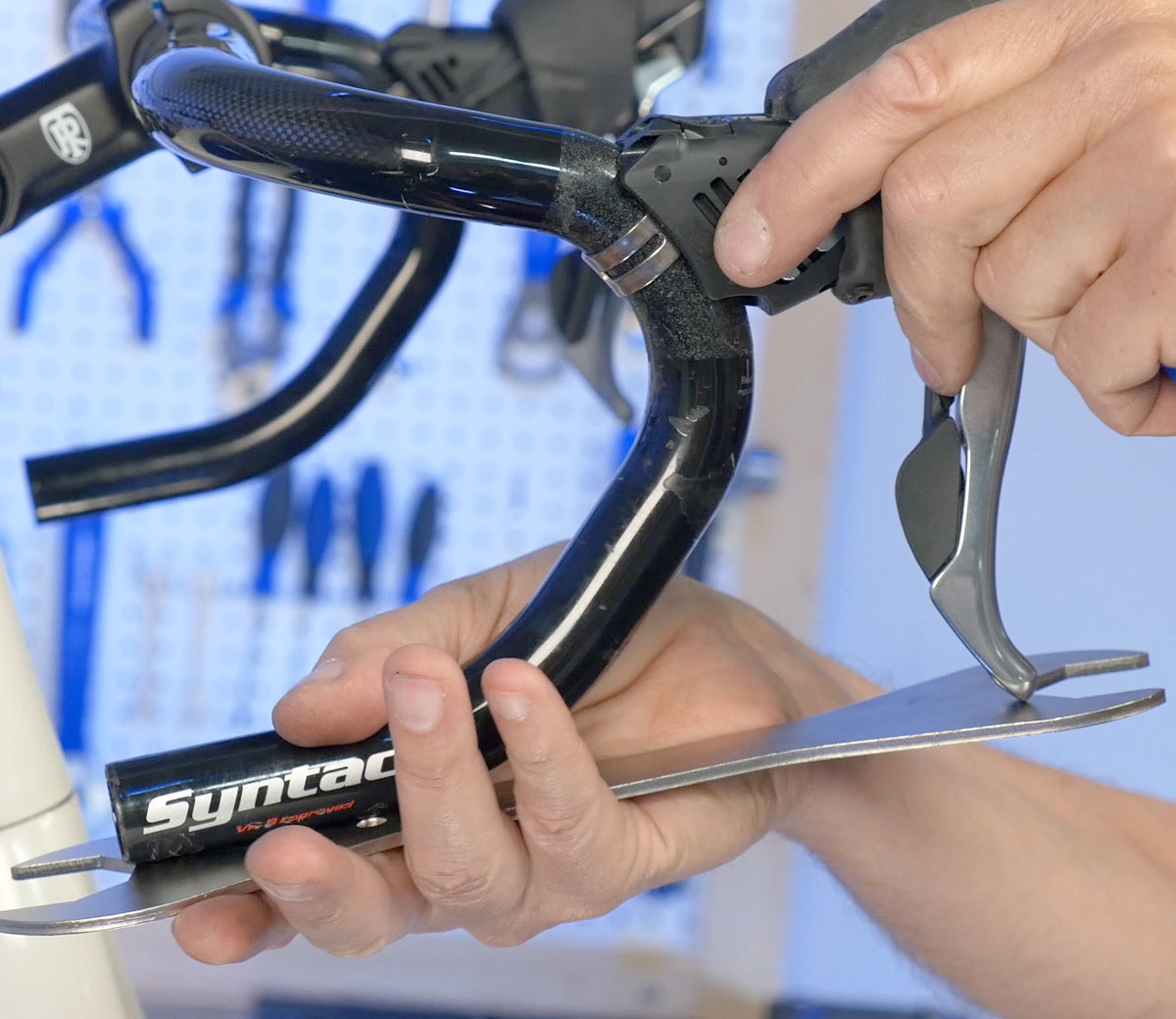 Begin alignment with lever tip even with straight edge off bar

Inversely lowering the lever will make the lever easy to reach from the drops, but it will be more awkward to reach when riding on the top.

Check that both lever are the same height. A simple test is to use a piece of string. Pull the string tight as it is placed on top of the levers. Sight the line as being parallel to the handlebar top. 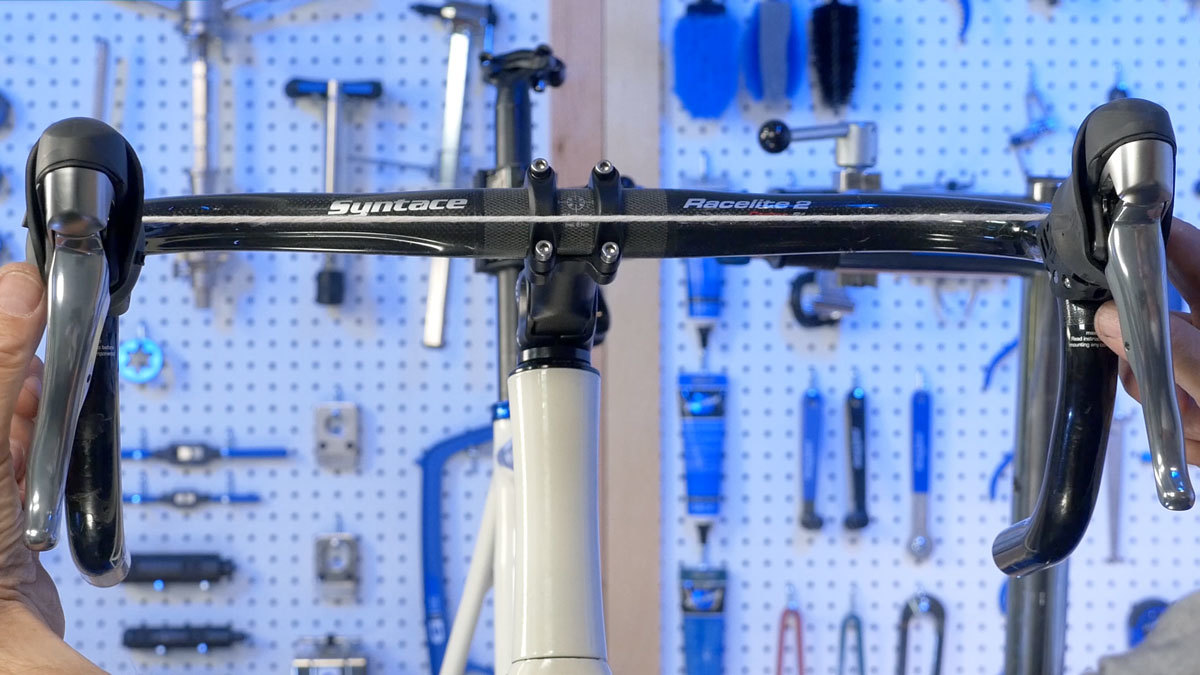 Sight over the bars and look at the rotation of the two brake levers. The lever should be parallel to each other and to the center plane of the bike. 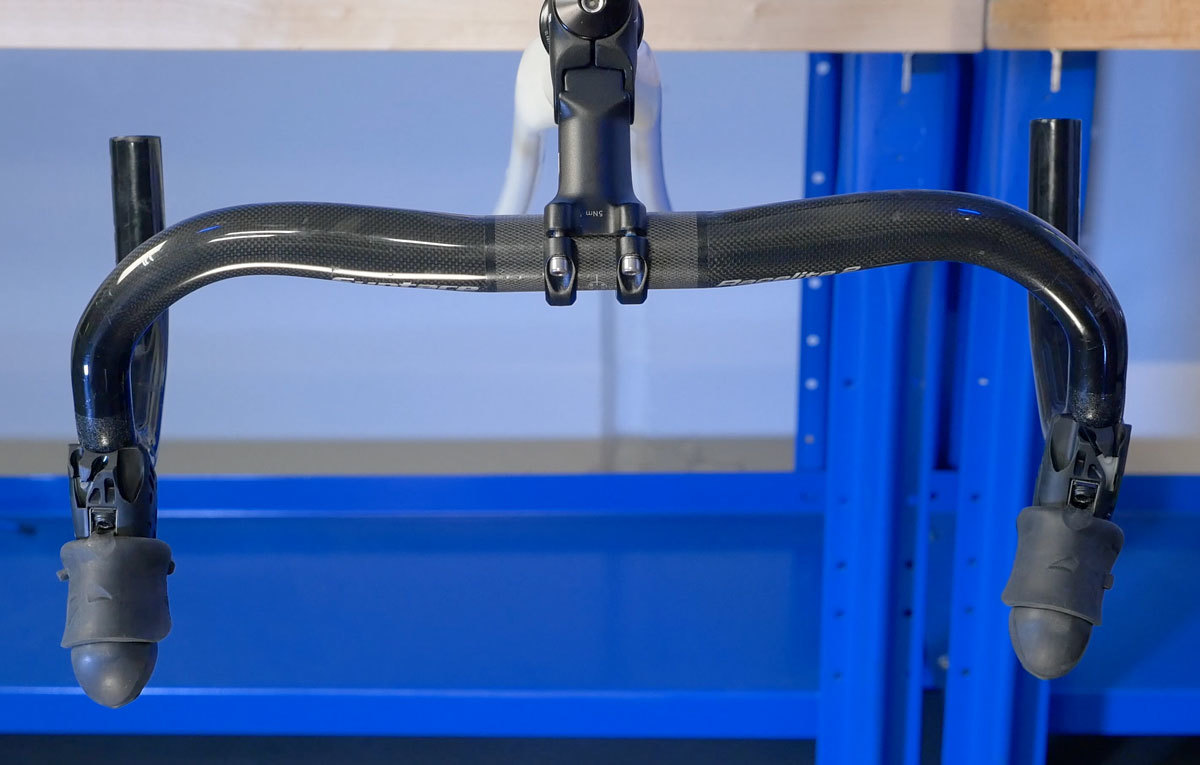 Sight bars from above and rotate so both are parallel to one another. Lever of riders left is too far inward.

Fully secure levers. Manufacturers’ recommended torques can go from 6 to 10 Newton meters (approximately 92 inch-pounds). The location of the bolt head makes it often impractical to get in there with a torque wrench. Use perceived torque by hand is an important concept. Tighten down the lever incrementally. Especially with carbon bars, and/or a plastic body, the lever only needs just enough torque so it doesn’t easily move.

Next article in this series